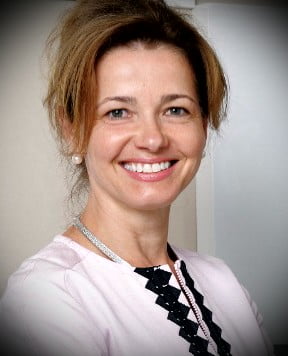 Susi was born in Salzburg, Austria and lived between Salzburg and Vienna until she migrated to South Australia with her family as a teenager. It is then, that her passion for Austrian and Australian links and relations started.

She has lived and worked in South Australia, the Northern Territory and Vienna.

Susi is currently a Director on several Boards in SA, Health First Network – a General Practice and population health organisation and Deputy Chairman, Sight for All – an International Development agency, supporting the training and mentoring of Ophthalmologists in the Asia Pacific in the treatment and prevention of debilitating eye disease.

She is the former CE of the Royal Australian and New Zealand College of Ophthalmology (RANZCO), an entity which trains Australia’s and NZ’s eye surgeons, where she built significant national and international relationships and policy.

She has held the position of CE of the Limestone Coast Division of General Practice and the Managing Director of Agribusiness FREE Eyre Ltd.

In addition, she was Deputy Chairman for FarmBis SA, Farmsafe SA and a member of the Community Services (health, infrastructure, services) committee for the SA Farmer’s Federation. Susi has a special interest in and passion for international development and rural & remote services.

These positions, along with other executive level roles and Board appointments have provided Susi with experience and knowledge from the business sector.

Susi’s contribution to the business and rural sector has been rewarded with awards including the SA Rural Woman of the Year and Telstra Business Woman Nokia Business Innovation award, both in 2009.

She enjoys, family, travel, food, wine, opera and art – strengths of both Austria and SA/NT.

Gitti was born in Austria and migrated to Australia with her family in 1979. She has been employed as Honorary Austrian Chancellor, as an administrator, working for the Honorary Consul for South Australia and the Northern Territory since 1997.

In her spare time, Gitti has assisted with translation of correspondence for non German-speaking clients. She has also assisted in helping organise functions for the Austrian community and is an active member of the Austrian Club.

She enjoys spending time with her family – children and grandchildren.

Should you have any queries or require any further information please check out these useful links or contact us at: